Landmark White is a company that specialises in real estate valuation.

In January 2019, they were responsible for a massive data breach that saw details of up to 100,000 customers leaked over a 19-day period. 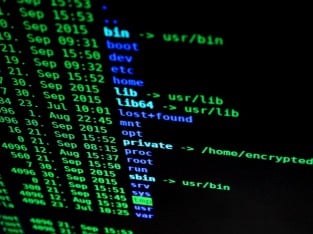 The source: an exposed API.

Unsurprisingly, their share price went into freefall as some of their biggest corporate customers - NAB and Commonwealth Bank among them - temporarily pulled the plug on using their service.

With individuals and organisations who used the service now being advised to take precautions, Landmark White faces a long road back to repair the trust, reputation and business that was shattered in an instant.

That’s the number The Office of the Australian Information Commissioner (OAIC) reported on over the course of 2018, as the NDB scheme hits its 1-year anniversary. The Landmark White breach was just one amongst hundreds of horrifying examples.

But here’s the really scary part: the data breaches reported and recorded represent just 3% of the total estimated number that hit Australian industry every year.

That doesn’t mean we’re left in the dark, though. Using data the Office gathers, we’re able to get a much clearer picture on what these breaches look like.

So, let’s dig a little deeper into the who, what and how...

Skeletons Out of the Closet: What are Notifiable Data Breaches (NDBs)

The two groups they have to notify are:

-  Individuals affected by the breach
-  the OAIC

The reason behind the breach is irrelevant. Whether it was accidental (e.g. an employee losing a laptop with confidential information) or malicious (e.g. a cyber attack), they must still report it as a breach. If you want to find out more about data breaches and your responsibilities around them (especially if you handle sensitive data), our post on the NDB scheme gives you all the details

Health, finance and legal are all fields that frequently deal with sensitive and confidential information. So, it’s unsurprising to see these three sectors consistently reporting the highest number of data breach notifications since the scheme’s inception.

In terms of the individuals affected by a breach, the majority of incidents in the last quarter of 2018 were on the smaller side. 83% of reported breaches impacted less than 1,000 people, with this frequency suggesting smaller businesses lack effective data security capabilities.

At the other end of the scale, there was only one “mega incident” that impacted more than a million people, but there were another four that involved anywhere from 50,000 to 500,000 individuals each time.

While most data breaches affect a relatively small pool of people, there have been stunning cyber-related revelations in just the past few months from some of the biggest companies who operate in Australia...

Toyota staff were locked out of their emails and had other IT systems affected for over a week by a cyber attack in February , crippling their customer service in the process.

The Australian Parliament’s servers were targeted in a cyber attack which may have involved a foreign power.

A team member stored employee performance data that contained staff and customer details on his home PC , exposing it to the wider Internet.

Personal information of guests, including credit card details, accessed without authorisation over a four-year period from 2014-2018.

What: The Secrets Being Spilled

Having your credit card details stolen is the typical “nightmare scenario” whenever a data breach is mentioned, but in this digital age, it’s far from the scariest proposition. Even the seemingly “benign” contact info that tops the most list of personal data breached is rife to all kinds of abuse. More alarmingly, financial and identity details that can directly hurt businesses and individuals were frequently part of a breach.

How: Your Data’s Getting Out


With almost two thirds (64%) of last quarter’s reported data breaches being malicious, it’s worth looking at how attackers are getting hold of sensitive data. Unsurprisingly, cyber incidents are by far the most common, with 114 reported. Physical theft was less than a quarter with 25 incidents, while social engineering totalled only 9.

Of the cyber incidents, these were the most common methods used to access data:

The Essential 8: Stop Data Breaches In Their Tracks

While data breaches happen for all sorts of reasons, from a lack of resources to simple mistakes to targeted attacks, we see one prevailing trend seriously aggravating the problem:

Most approaches that businesses use are influenced by a “damage control” philosophy, rather than a pro-active approach that includes recovery as a component.

Limiting damage plays a part, but as security specialists, we use a more rounded, complementary approach to protect the businesses we work with. That’s why we use the “Essential 8”: techniques that combine to protect a business from a data breach and mitigate any damage in the rare chance it happens.

As the potentially devastating consequences of a data breach shows, the old saying “prevention is better than cure” holds true today. It’s why half of the “Essential 8” focuses on preventing data breaches, rather than just trying to clean up or contain the damage.

Keeping would-be intruders out of your systems and networks is the obvious place to start. Using a combination of intelligent firewalls in your offices with intrusion prevention along with an email antispam solution to protect your email, you can go a long way to warding off attacks on your systems.

From desktops to laptops and mobiles, endpoints are a tempting vulnerability for cyber attack. Constant monitoring and threat detection with automated remediation around your endpoints can sound the alarm for a quick response if they’re ever threatened. These days antivirus is not enough to protect against new and evolving threats.

You might have heard of the “dark web” and how stolen credentials often end up on there, sold to the highest bidder. With scanning software designed to search the dark web for a your data, you can be constantly checking that none of your credentials have ended up there with out your knowing.

Your managed services provider (MSP) should already be one step ahead in this respect, with solid processes and pro-active measures that lock down your apps. They should also be running internal vulnerability scanning to keep a watchful eye on your systems and keep everything continually secured.

You can never 100% anticipate or eliminate the risk of a data breach, whether it’s through a malicious attack or careless employee. However, you can take steps to mitigate and limit the damage if the day arrives.

5. Train your staff in security 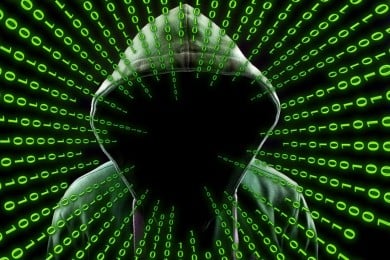 Training your staff to be more aware about cyber security risks can be a quick win for your digital security. This might include subjects like:

While online training might have been reserved for bigger businesses it is now affordable and accessible to businesses of any size and is a very worthwhile investment over the mid to long-term.

6. Stay on top of software patches

Out-of-date, unpatched software is like hanging a neon sign over your network saying “hack me!”. Always keep your software patched and by harnessing automated tools you ensure patches get applied quickly and without the risk of exposing your entire network because a team member forgot.

A password from a careless user might be all it takes to crack your system open like a ripe watermelon. However, multi-factor authentication (or MFA) makes it exponentially more difficult for would-be attackers to get into your systems. Combining conventional passwords with push notifications, QR codes or one-time passwords that software like AuthPoint provides means your users passwords are much less of a vulnerability.

Data recovery is driven by more than just the threat of cyber attack or data breach, but they’re still scenarios that make these contingencies critical to your organisation and ensuring your business can survive any disaster.

Ensuring your systems can be up and running quickly  in the event of a cyber incident or disaster means investing in some sort of business continuity system. Local and offsite cloud back-ups combined with back-ups for SaaS apps like Office 365 gives you near-complete protection from the spectre of data loss. And we use the 3-2-1 rule, that's 3 copies of your data, 2 on different systems onsite and 1 offsite (and offline).

Data breaches aren’t just bad news. They can be ruinous events that destroy a business.

What’s more, they’re happening every day… whether they’re being reported or not.

If there’s only one thing you take away from this, we hope it’s a fresh understanding of the massive implications of a data breach, and how seriously the issue should be addressed.

This doesn’t mean your business is helpless. Use the “Essential 8” as a starting point to shore up your digital and human defences, shut down vulnerabilities and make your business safer for yourself and your customers.