Did you know that 88% of malware is considered “zero-day” meaning that it is unknown and therefore evades immediate detection or cure through standard antivirus software?

This scary fact was just one of the topics covered by David from FortiTech and Matthew See from WatchGuard at the July Cybersecurity series of webinars for the College of Law's Centre for Legal Innovation.

Malware, short for malicious software is any software intentionally designed to cause damage to a computer, mobile device, server or computer network. The goal of the software is usually to steal user credentials, money or data from the victim that can then be used for criminal gain or listed for sale on the Dark Web.

Malware can enter a device or environment in a multitude of ways, some of these are outlined below: 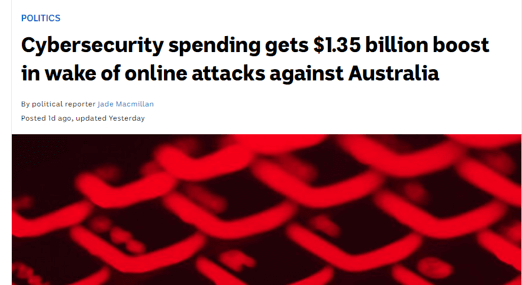 With Cybercrime predicted to cost businesses a cool USD6 trillion a year
by 2021 (more than all other organised crime combined) and cyber attacks increasing at a rapid rate, so much so, that the Australian Government has announced a $1.35 billion spend on boosting its security and detection of attacks in the wake of the mass cyber attack's on all levels of Government and businesses at the end of June, the spending will be invested through the Federal Government's Australian Signals Directorate (ASD) and the Australian Cyber Security Centre (ACSC), of which FortiTech is a partner.

It is important to note that prevention of malware is a multi-prong approach, with firewalls and endpoint detection leading the way in blocking attacks.

With more than 140 million new malware variants created every year it is a never ending battle to secure networks and devices, in Q1 of 2020 alone WatchGuard devices blocked 31,200,000 malware variants.

Matthew led the group through the types of malware prevention available, the first level being antivirus software, these programs are designed to detect previously unknown computer viruses, as well as new variants of viruses already in the "wild".  This can also be monitored in real time when objects are being accessed on your system.

The next level is Endpoint Detection and Response allowing for live monitoring and correlation of endpoint events (a cyber technology that continually monitors and responds to mitigate cyber threats), real-time automated response and analytic and forensic capabilities blocking malware before it enters your environment, WatchGuard and its newly aquired brand Panda both offer these as prevention tools for businesses.

FortiTech has been a WatchGuard partner for the past seven years and is proud to install their devices and software in our client sites. With 67% of all malware being delivered by HTTPS, organisations without security solutions capable of inspecting encrypted traffic will miss two-thirds of incoming threats, devices such as the WatchGuard firewall's stop these threats in their tracks.

If you are interested in finding out how a WatchGuard device can benefit your business, give us a call on 1300 778 078.